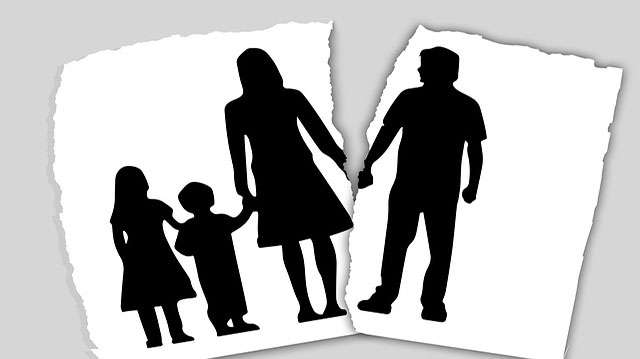 ARE YOU HAVING PROBLEMS WITH YOUR EX CONCERNING YOUR CHILD(REN) ?

A child Arrangement Order can be defined as an Order by a Court on which parent a child should live with and how the child can maintain contact with the other parent. If you look at the above definition properly, you would see that the previous Contact and Residence orders were brought under one Order instead of making two separate Orders.

Usually, in a peaceful and understanding separation, what is expected is Child Arrangement Agreement. But unfortunately, most couples do not have the privilege of separating peacefully. The resultant effect is always a failure to agree on making sure that the child(ren) caught in the middle of their differences is not used as weapons to settle scores.
When couples decide to separate, in most cases, the child(ren) always remains with their mother while the father relocates to a different place. Due to an imminent lingering problem that might have given rise to their separation, one of the parents (usually the man) might discover that his ex has restricted access to his children. To re-establish contact with his child or children, the man would seek legal advice on the best way to resolve the ugly situation. That is when a solicitor would inform him that his best option would be to apply for a Child Arrangement Order.
There are laid-down processes that must be complied with before a Child Arrangement application can be made; else, the courts would likely order that those processes must be met unless the application falls into one of the exceptions.

PLEASE CONTACT OUR EXPERT FAMILY LAW SOLICITORS FOR YOUR CHILD ARRANGEMENT ORDER AND OTHER FAMILY MATTERS. CALL US ON 01375251612 OR FILL OUR ENQUIRY FORM BELOW FOR US TO CONTACT YOU.

WHAT ARE MY RIGHTS AS A FATHER ?

There is a big misconception that mothers have more rights to their children than fathers. But the truth is that in the absence of established domestic violence, the law encourages greater and equal participation of both parents in a child’s upbringing. It is almost impossible for any Judge to curtail a father’s involvement in the upbringing of his child unless it would be in the child’s best interest to do so. That is why it is essential to put a Child Arrangement Order in place if the relationship between the parents is not healthy.

Child Arrangement Order would spell out the child’s residential arrangements, visitations to the father, frequency of contact with the father, and other things. If the father is concerned about any specific issue that his ex might do to the child in his absence, he can ask the court to address his concern in the order. The courts are experienced in dealing with child arrangement issues and always try to reach a balanced decision to address most concerns.

HOW LONG DOES IT TAKE TO GET A CHILD ARRANGEMENT ORDER ?

A lot of things determines how long it can take to get a child Arrangement Order:

The Court process for Child Arrangement Order is conducted in different stages (FHDRA, DRA, and final hearing). After the application process and complying with MIAM, CAFCASS would conduct an initial risk assessment before the Court would give a hearing date. On the day of the hearing, you would notify the Court clerk of your presence when you get to the Court. You would also confirm the name of your legal representative if you have one.

The first court hearing is called First Hearing Dispute Resolution Appointment (FHDRA). It usually takes place four weeks after you or your solicitor submit your application. In a case without issues, agreements can be reached at this stage. But also, in the vast majority of cases, it always goes beyond this stage. You must bear in mind that over 80% of Child Arrangement cases are parents who could not agree to arrange child arrangements between themselves due to lingering animosity, culminating in their separation. If it were possible to agree on a child arrangement, they would not be in Court.

If agreement could not be reached and probably CAFCASS was told to prepare a report, then there must be a Dispute Resolution Appointment (DRA, which may also be used as a final hearing) and final hearing. After CAFCASS must have submitted its report, the Court would consider it when making a decision during a final hearing.

Please note that this is just a summary. We strongly recommend that you engage the services of solicitors because a lot are involved and can result in unfavorable outcomes if you conduct it by yourself.

PLEASE CONTACT OUR EXPERT FAMILY LAW SOLICITORS FOR YOUR CHILD ARRANGEMENT ORDER AND OTHER FAMILY MATTERS. CALL US ON 01375251612 OR FILL OUR ENQUIRY FORM BELOW FOR US TO CONTACT YOU.

A Child arrangement Order is an order of the Court and cannot be altered or changed without the Court’s approval. However, circumstances might make it necessary to vary a Child arrangement order. It is better if the parents can agree with themselves on how to vary the order. If there is an agreement between the parents to vary the order, a Consent Order can be drafted and submitted to Court for approval. So, it is possible to vary a Child Arrangement Order by consent.

It may surprise you. But the answer is no; else, police stations would be flooded with parents seeking enforcement of their Child Arrangement Orders. However, suppose you are concerned about the safety of your child who lives with your ex with parental responsibility. In that case, you should contact a solicitor or apply to the Court for an emergency enforcement order so that police would accompany the CAFCASS officer to remove the child.
Every Child Arrangement Order (unless issued before 2008) is issued with a warning notice stating the consequences of breaching the order. But it does not mean that you should approach the police to enforce it; instead, you should contact a solicitor to make an appropriate application to the Court for enforcement action.

We use cookies to ensure that we give you the best experience on our website. If you continue to use this site we will assume that you are happy with it.OkPrivacy policy

WE ARE REGULATED BY THE SRA